I was introduced by a friend to look into Country Garden Danga Bay.
It is Located at Flagsip A of Inskandar. Refer here for other Flagship of Iskandar.
Below are the quick pricing plan gathered: 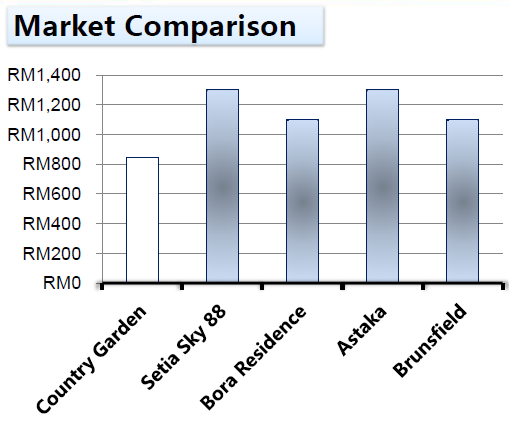 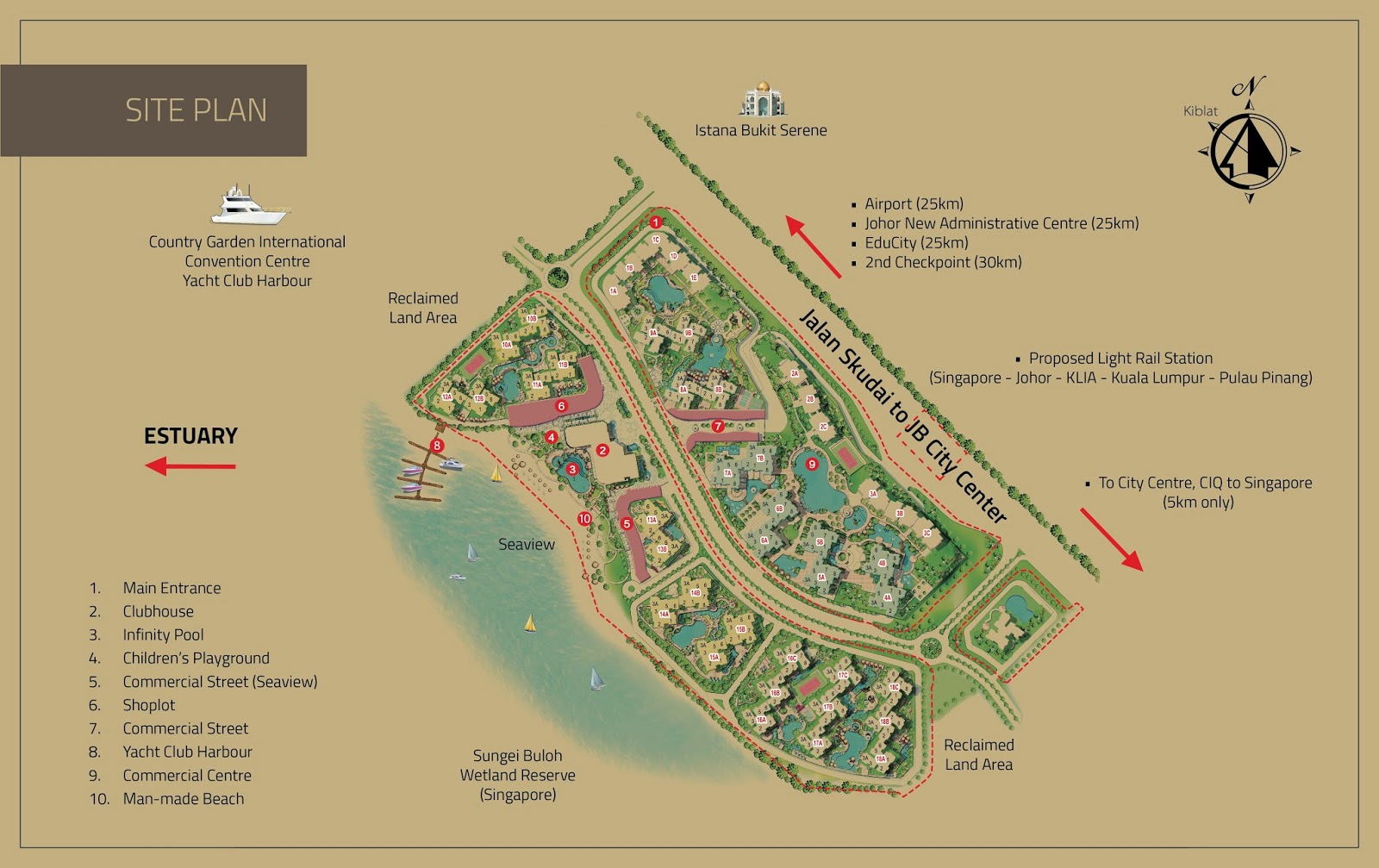 Refer to the 2 sample calculations on the packages offer. 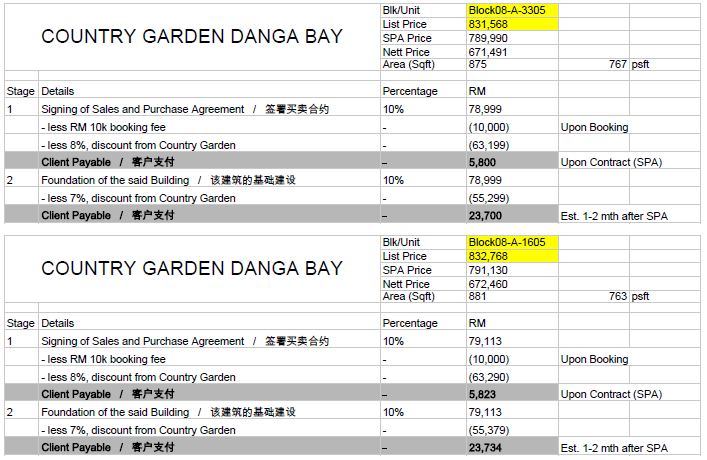 Summary:
Down payment is 5% of SPA Price.
The listing price basically is no effect on everything else.

With this information, I check with my Secondary Schoolmate in Singapore.

Feed back from my Singapore Friend:
I spoke with the agents from different booths for projects at danga bay last weekend. It seems 800psf is the normal price now.But that is before rebates n discount.
For greenland, they have not launched. But they already said 800psf.
The market is really not good for danga bay area. Their booths are empty. And they do not tell the detail price. Now they prefer to take down contact number and arrange trips to showroom... they even got van waiting to bring straight to showroom...
The only straight forward price is give by R & F. They print out their rebates very clearly.
Greenland has not announced the exact number of new units to be built at danga bay. If they announce then i believe will be another big numbers.. 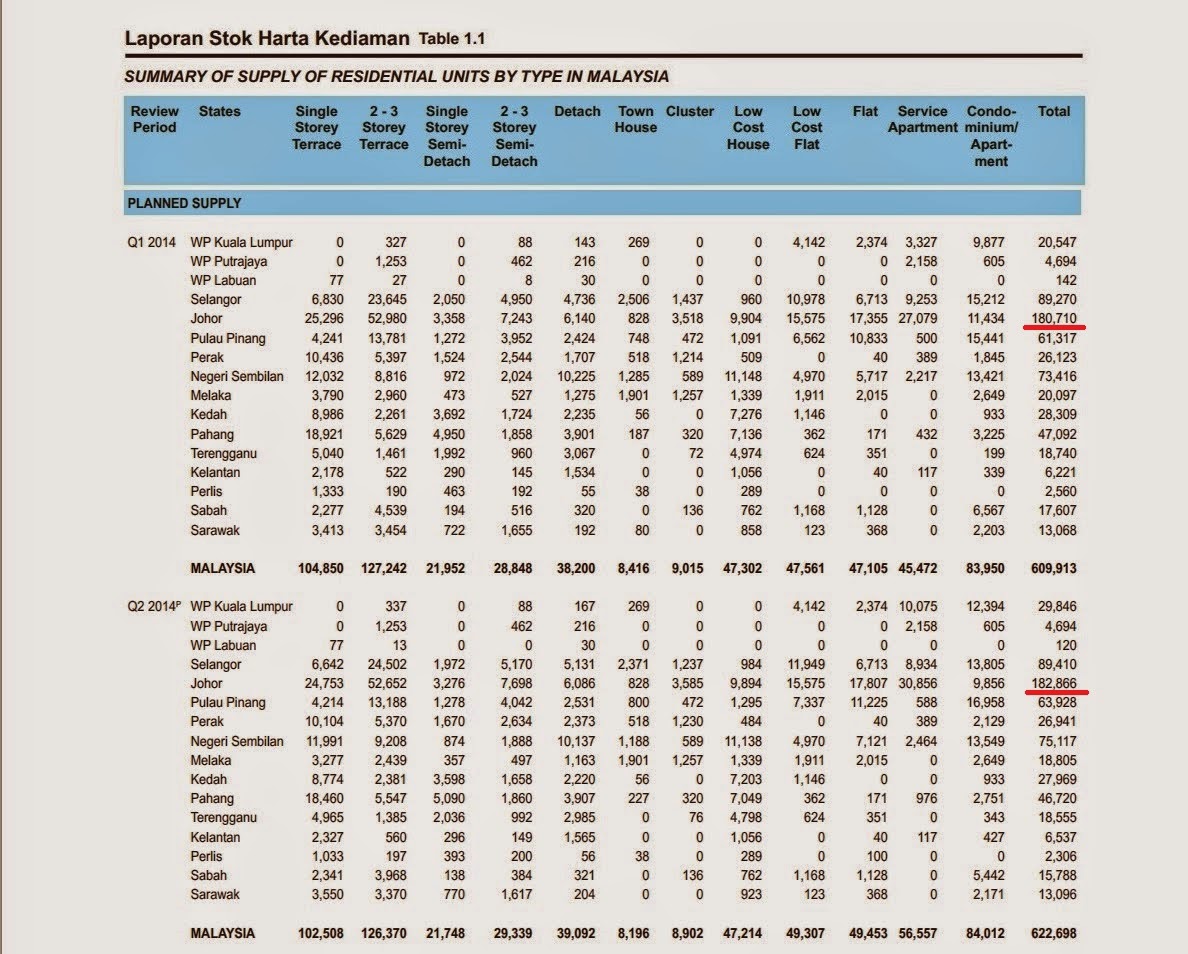 Since the establishment in Johor Bahru Iskandar area , land speculators and soaring with the influx of big developers . It could be, or mistakenly think Hong Kong - Shenzhen is in the making. Singapore - Johor Bahru can be similar to Hong Kong Shenzhen? However , if you press the number of the population to compare , Singapore and Johor Bahru the total is less than 7 million . Hong Kong and Shenzhen has more than twenty million. If the population growth rate is an important indicator of economic development, whether Johor Bahru can turn to bustling city, it depends on the populations growth.

Have to admit that, with China developers came in and purchase of a large area of ​​land , to increase the supply of new high rise housing and shophouses. Current  developers building the housing supplies faster than the population growth rate.

Look at the above table for the supply of the properties in Johor Bahru, it is the highest in Malaysia. More than double compare to Selangor and 3 times compare to Penang.

Of course some one may said that, Iskandar can attract Singaporean investors. It is purely due to the superior currency exchange rate an cheaper price compare to Singapore. However, would Singaporean move to Iskandar and stay there. The number could be small even though with MRT readily link to Singapore.Not sure when it going to be happen.

Dragon Stock Pick Diary
I have passion in the investing world. First started with Real Estate investment in 2010. Start to learn the stock investment in technical analysis on July 2012. Since then never look back and venture into KLSE as well as STI